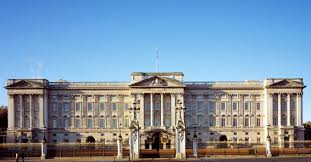 Prince Harry was one of our most popular royals. His tragic childhood and natural charm meant that the public was very forgiving and even protective towards him. The media coverage generally reflected that. The media’s attitude changed soon after he got married. What went wrong from a PR perspective? Why did THE interview result in their approval ratings plummeting even further? The story of their personal brand is a lesson for all businesses on how to manage reputation.

I have a US partner and we often laugh about how different US and UK PR is. Our cultures are so different that what works well in one country would be a disaster in the other. From early on, Meghan employed a US PR team that did not appear to understand the monarchy or British sensitivities around it.  Even our ‘common language’ can lead to major misunderstandings and misinterpretations. If you don’t want to come badly unstuck, employ local teams and people who have experience with the issues.

When you’re seeking to influence other people, whether that’s to engage with your way of thinking or to sell a product or service, your first job is to understand your audience.

To give you just two examples from the interview; Meghan and Harry criticised the Queen (indirectly but very obviously) and complained that they’d been cut off financially. But what are the two key things we know about the UK audience:

To influence an audience, you have to put on their shoes and consider where their sympathies lie, what are their worries? Knowing these; what will influence your audience to your way of thinking?  What will annoy them and turn them against you?  Their PR team should have warned them not to complain about money, to an audience that is struggling to put food on the table and where professionals have been forced to take entry level jobs. And criticising the Queen, particularly when she’s so old and her husband is so ill, will only antagonise people.

Ignorance is not an excuse

In professional life, ignorance is never an excuse. Business owners have to make sure they understand things like tax, GDPR and consumer rights. No one teaches you; you have to find out.  And if the press comes after you for getting it wrong, saying you ‘didn’t know’ is not an excuse in court or in the media. As an actress, Meghan would know not to go on set without first learning the script.  Similarly, you don’t join the royal family without proactively finding out what the job entails, what the limitations are and what the contract is with the British public (e.g. The fact that royals are ‘silenced’ for constitutional reasons).

All companies have a brand, that’s not their logo or visual appearance, it is the reputation that they are trying to develop. What do you think when you hear that company’s name? Too often, companies agree a brand statement and tell people, like their PR agency, that’s who they are and believe the job is done.  However, it is behaviour, that is consistently applied, not words, that will build your brand.  You can’t say you’re a champion of the environment, then take private planes every month.  You can’t plea for privacy, while stirring international media into a frenzy, or banish your father for talking to the press and then do exactly the same yourself.  As a business, think about what your brand should be, then look at how you can demonstrate that in your behaviour. Is there anything you’re doing that contradicts or confuses the brand statement?

You will not improve your reputation by attempting to destroy someone else’s.

The British are passionate about ‘fairness’.  It’s why we queue so happily. Attacking opponents (or competitors) is never a good strategy here. The British will typically defend the underdog and you’ll come out looking spiteful.

In normal circumstances, you’re also inviting similar criticism. If you look at the Amber Heard /Johnny Depp saga, as an example, you can see that everyone’s reputation is damaged by it.  By contrast, the Palace has avoided getting into this territory by their statement.

The British overreact if we discover someone has accused someone of something unfairly. Roxanne Pallet is one of a long line of people who discovered this to their cost. In saying one person in the royal family was racist, without saying who that was, Meghan and Harry put the cloud of racism over the whole family. And what did the fair-minded Brits that love their Queen do? They jumped to her defence.

It is always better to chase positive PR (and there are signs that the Palace are responding in this way already).

Many people can’t understand why the Meghan and Harry story has created a much bigger and longer lasting media frenzy and public interest than the story of Prince Andrew, which is potentially far worse. I’m not surprised. To keep a story in the headlines, the media need fresh angles, they can’t just keep repeating the same facts. That’s why the Palace knows to issue a short, non-contentious statement, then keeps quiet. They’ve employed this strategy consistently throughout the Queen’s reign.  Following his disastrous interview, Prince Andrew has kept very quiet. Neither he nor his critics have given the media anything new to talk about. However, Meghan and Harry are drip feeding new stories to the media almost every day.

If you’re caught in a crisis, don’t over explain or introduce new information into your press statement or interviews, however tempting it is to get your side across, now’s not the time. Instead starve the media as much as you can, and they will be forced to move onto the next story.

When you’re speaking to the media you can present things in the best possible light, but it is critical that you don’t lie or exaggerate. Lies tend to elicit an angry and emotional response (it suggests lack of respect). We now know that the ‘marriage’ 3 days earlier than the public ceremony, wasn’t one, and Meghan took ballet classes as a child, so would have been taught how to curtsey. Neither of these lies benefited Meghan and Harry and, unlike some of the other, much more serious areas where ‘recollections vary’, they appear to hardly matter. However if just one lie is exposed (or exaggeration), however trivial, it will destroy your reputation and everything you say thereafter will be suspect.

If the media catches you in a lie, the only strategy is to admit it and apologise, quickly. If you appear to be truly repentant the media and the public will forgive you.

Managing a reputation is not easy. It is possible to recover. I hope that this ‘brand’ does.