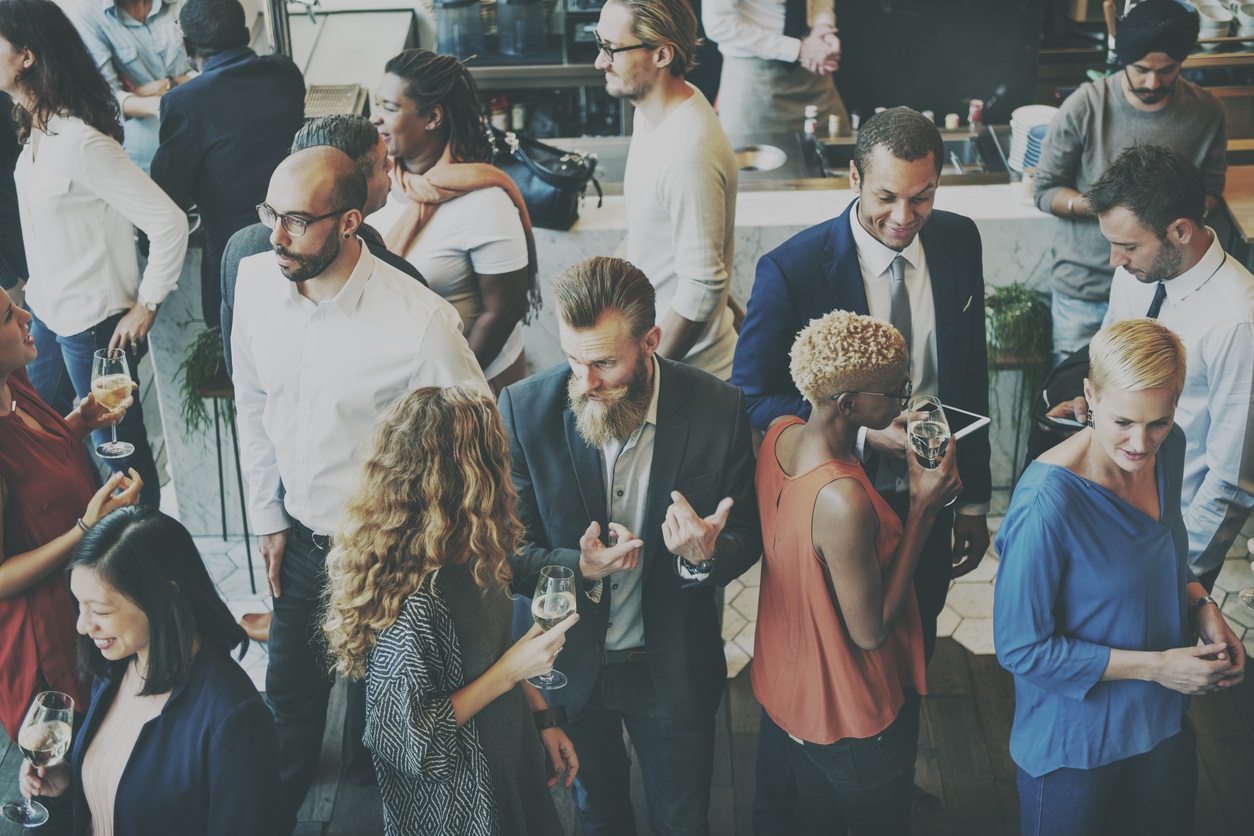 ‘It’s not what you know, it’s who you know’ is commonly accepted as a truth in life, particularly in business. People do business with people they like and trust, they don’t like doing business with strangers. It sounds obvious but it is the one part of business that is too often ignored.

The ability to engage people and to network effectively, whether as a business owner or an employee, has a huge impact on the success of companies, yet how many job adverts demand ‘great networkers’?  In the UK it is a skill that is almost as under-valued as the ability to sell, which is closely related.

Almost all Onyx’s business comes to us by way of our networks but, just as importantly, we use them to build powerful partnerships that transform what we are able to offer our clients.  How do we go about it?

I’ve heard many people talk about great networkers being highly effective at ‘working the room’, by which they mean that they are good at quickly finding the people that are useful to them and ditching those that aren’t. This type of networker is easy to spot; they start the conversation by finding out who you are and will probably glance behind you as they speak (in case they spot someone more useful), and if your value is not immediately apparent they will charge onto the next person.  When they find a person who might be useful, they give their sales pitch and quickly exchange cards… job done?   Or do people feel used?

The best networkers I know have a genuine interest and passion for people. They immediately make you feel like the most important person in the room and ask lots of questions out of genuine interest in what you’re doing and what you’re trying to achieve; they often actively try to think of ways to help you as they’re talking.  If you’ve met Ollie Barrett, Tom Ball or Jan McGinley, you’ll know exactly what I mean. This approach doesn’t deliver immediate wins always, but it produces far stronger relationships for longer term impact.  Just look at the networks that those three people have and the invitations they get.

One tip I learned, particularly valuable if you find networking difficult, is to seek out people who are also alone and start up a conversation with them.  Often those wall huggers are just as influential as the extroverts who are chatting away in closed cliques.
Instead of pitching to the people you meet, think of it as forming a friendship.  Don’t try and find out what they do, but who they are.  What makes them interesting and unique? What are their interests, in and out of work?

Experienced networkers are bored of people ‘working the room’ and will warm to someone who shows an interest in them.  Richard Branson appears to have a deliberate strategy for seeking out people like this and is far more likely to be found propping up the bar with the admin team than doing his duty by the ‘great and the good’ who want to sell to him or get him to invest. Of course sometimes you don’t have much time, in which case give them a genuine compliment; “I loved what you said about x, I so agree, I would love to hear more when you have time?” Few people will reject a compliment and a chance to talk more about a subject they’re passionate about.  You should then follow up with a personal message on LinkedIn.

I find that the best events aren’t billed as ‘networking’ events but instead focus on an issue.  The problem with events that focus on networking is that they tend to be full of businesses trying to sell to each other, but without the budget to buy from each other (they’re attending as their new business line is a little dry).  And why spend money on the entrance fee when there are so many free events?

Instead look for events that have a charitable or philanthropic focus; such as mentoring young people or advising on business issues.  Everyone there immediately has a bond, you like these people because they’re also giving back to the community, and very often part of the event is for them to talk about themselves, so you find out all about them without giving them the third degree.

I also find events that feature a speaker from my industry useful.  The speaker might be a competitor but I’m sure I will learn from him or her and the people attending are most likely to be people who want to find out more about comms, so potential clients.

There is a danger in networking that a group of people will all just keep meeting each other at different events. Certainly that happens; I know a few people will be very bored by my face!  The way to balance this out is not to always attend the most obvious events.  Risk attending an event on a subject that is only vaguely relevant but does hold some interest, even if that is personal.

But networking doesn’t just happen at work events.  Onyx’s most useful connections were formed because of something small and inconsequential at the time; someone wanting to use a desk in our office for a couple of days, for example. These casual relationships can turn into firm friendships if you find you share values and passions, and you then become great advocates for each other’s businesses. And that’s quite aside from the pleasure of their company!

It is also useful to keep contact with old colleagues and clients (unless you never want to work with them again!).  There is more than one person in my network that has been on both sides of the client supplier relationship or has been a client more than once at different companies.

With only a couple of exceptions the Onyx team have all worked with at least one member of the team before they joined Onyx.  If you’ve worked with someone brilliant at what they do it is worth staying in contact with them until they agree to work for you!

If you’d like to network with us, get in touch.